Just acquired 2 bricks of this V. Manil tobacco; 1 for now, another to cellar.

If this tobacco is anything like the Manil La Brumeuse which I’ve extracted, I’m in for a real treat. First off, the tobacco looks and smells exactly like the tobacco which I used to hand roll back in the day; Peter Stokkebye London Export. My olfactory senses are taking a trip down memory lane.

Per a review site:

Le Petit Robin may just be the most unique and flavorful tobacco in the world… and no, that’s not hyperbole. Named after Vincent’s son Robin, Le Petit Robin is Tabac Manil’s first ever blend and the first ever tobacco mixture containing Semois leaf being used as a condimental tobacco. The bulk of the blend is a not-too-sweet blond that Vincent had been tinkering with for over a decade. He eventually tabled the recipe for several years, but now its finally being released for all to enjoy! The blend contains 30% Semois and 70% a mixture of mellow, smooth golden tobaccos, but good luck getting the contents of the blond portion from Vincent… he’s not talking. The hay-like sweetness of the blond perfectly balances and mellows the sharp floral, mineral, and cigar like Semois leaf. Packed tightly, this dry, shag cut blend smokes wonderfully without any need to relight. Le Petit Robin is a masterpiece.

The tobacco was/felt somewhat dry. Thus, I added an extra 25ml of PG to the maceration in order to procure a total of 150ml of extract, upon squeezing the tobacco through a ricer. Typically, a dry-ish tobacco will soak up a good portion (+/-15%) of the solvent during the maceration process.

Kinnikinnick wrote: ↑
Tue Oct 13, 2020 4:17 pm
Just acquired 2 bricks of this V. Manil tobacco; 1 for now, another to cellar.
If this tobacco is anything like the Manil La Brumeuse which I’ve extracted, I’m in for a real treat

Congratulations on a hard bird to find! Please let us know as soon as you can about the flavor profile of this one, particularly please note the flavor profile differences between this blend and the pure La Brumeuse (Pure Semois). As I mentioned elsewhere the La Brumeuse extracts to a superior flavor profile that is so close to old school pre-imbargo Cuban Cigars that it is scary. This extraction rates at the very top of my list of the 5 best extractions i have ever made. There is a an old question to ponder "If the governments make all tobacco illegal, what is the ONE sample in your cellar that you will keep?" - For me the answer is easy, it is the La Brumeuse . Let's see how the Le Petit Robin comapres on that extreme test standard.

I must ask, I guess it is a typo, but you said your macreation is 1g of tobacco? Isn't that pretty light? Here is a few comments that I will cut and paste from a previous comment of mine, and note that I use 28g in 150ml.


Use Case: If you are looking for a fast extracting minimally processed or pure leaf that will give you a vape that is as close to Cuban Cigar flavor profiles as you can get. Use as an ADV Cigar Vape or will serve you well as a Blender to add Cigar Flavor to various Hybrids.

Pros and Cons: The Pros are that this is a minimally processed pure leaf with, as a bonus, a fascinating historical background. It is a hand made boutique tobacco that is quite rare, so you get bragging rights that your are not extracting vin ordinare ! There are really no cons. This is a fast extracting tobacco, I used a 12hr Ultra-Sonic Bump Start of 28g/150ml PG and got excellent results immediately. I think a 3 to 6 month extended jar time will just make the extract better and better.

Indeed! I’ll post my profile notes when the time comes.

Even though I’m a Burley fan... I’d have to lean towards Dunhill Royal Yacht for the long haul... love me some Virginia too!

Thanks for catching the typo Peter! Yup... meant to type 1 ounce! Made the edit on the post.

Just reordered some La Brumeuse and a new go, C&D Burley Flake #2 ... hopefully, the C&D will be tasty.
Top

Just wondered if there was an update on this yet ?
Top 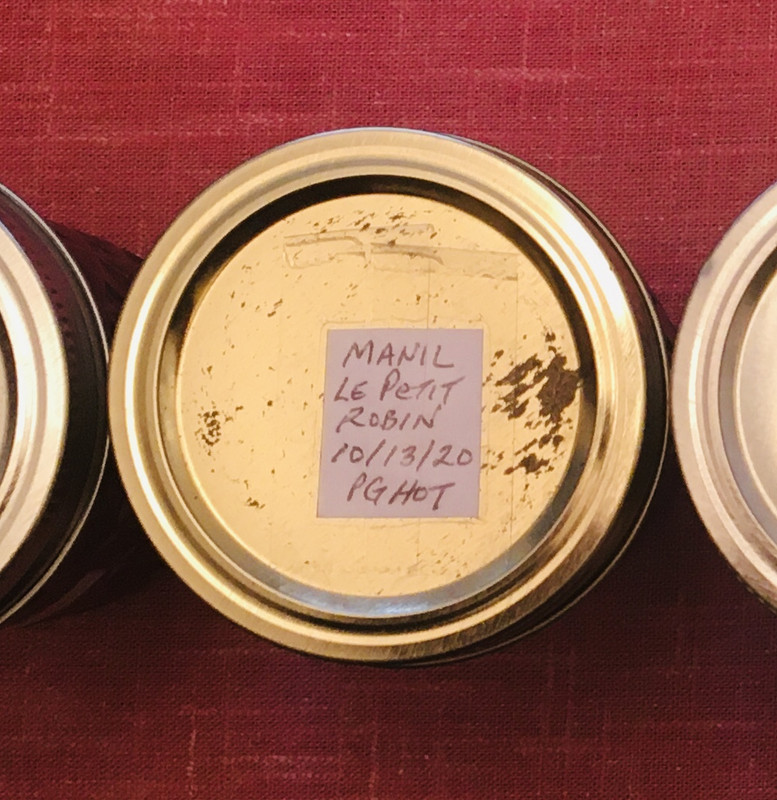 …you’ll notice that most of the reviews are interesting and favorable. When reading any pipe smoker review, I always keep in mind that the review is based upon combustion of the tobacco. Often times, the profile vaped as NET can be wildly different. Thus, I always take the review of a pipe smoker with a grain of salt.

My review of this tobacco, as a NET, is favorable as well. The mystery leaf in this blend is a Manil well guarded secret; 30% Semois & 70% ???. However, I can tell you, the Semois for which Manil is famous, is definitely used as a condiment tobacco in Le Petit Robin. The other 70% of whatever leaf Manil used in this blend takes front and center.

From the profile of this blend, even though the vendor write up states there is Virginia in this blend, I can’t help but feel the mystery leaf is some type of sun/air cured semi-oriental. It’s profile is bright and crisp, a touch of hay/grass, and ever so slightly citrusy and spicy. There are absolutely no fire cured or casing characteristics concerning this blend. If the mystery leaf is Virginia, it’s unlike anything I’ve ever tasted before.

Although it’s a great profile unto itself, I do want to boost the experience with a touch more of the Semois (La Brumeuse extract). I figure a 50/50 mix of the 2 extracts will yield the profile which I will enjoy the most. The La Brumeuse leaned more towards the cigar realm; it is good, but not an all day vape for me.

Now, I just need to get some La Brumeuse in a jar for a few months! Between me and a couple of others, we wound up vaping all of my first 150 ml batch of the stuff!
Top
Post Reply
6 posts • Page 1 of 1

Return to “What is Currently in Our Members Jars?”